The World Health Organization warned Wednesday that the world was creating toxic conditions for new COVID-19 variants like Omicron to emerge and then spread around the globe.

The WHO said the combination of low vaccination coverage across the planet, mixed with very low testing to track the virus, was a fertile breeding ground.

The new variant of concern has rattled countries around the world.

“But if countries and individuals don’t do what they need to do to stop transmission of Delta, they won’t stop Omicron either.

“Globally, we have a toxic mix of low vaccine coverage, and very low testing – a recipe for breeding and amplifying variants.

“That’s why we continue to urge countries to … ensure equitable access to vaccines, tests and therapeutics all over the world.”

Omicron transmissibility
The WHO expects to have more information on the transmissibility of the new Omicron variant of the coronavirus within days, its technical lead on COVID-19 Maria van Kerkhove said.

That was faster than the “weeks” the WHO had predicted last week that it would take to assess the data available on the variant after designating it a “variant of concern,” its highest rating.

She said one possible scenario was that the new variant, which was first reported in southern Africa, may be more transmissible than the dominant Delta variant.

She said it was not yet known if Omicron makes people more ill.

A senior Botswana health official said on Tuesday that 16 out of the total 19 cases of the Omicron coronavirus variant detected in the country were asymptomatic.

Pamela Smith-Lawrence, Acting Director of Health in the Ministry of Health and Wellness, told Reuters that the majority of the 19 people who were found to be infected with the new Omicron variant have already tested negative.

While 16 people were asymptomatic, the remaining three had “very, very mild” symptoms.

Botswana on Friday said the country was investigating certain mutations of the coronavirus that were found in four foreign citizens who were in the country on a diplomatic mission.

Since then Botswana has reported another 15 cases of the new variant, taking the total number to 19.

While it is still not established where Omicron first emerged, on 25 November South Africa, followed by Botswana a day later, announced they had detected a new variant whose mutations were different from the dominant Delta variant.

This prompted immediate air travel curbs on southern African countries from several European and Asian countries, a decision which has been criticised by both South Africa and Botswana.

The four foreigners, aged between 30 and 65 who had come to Botswana on 7 November, tested positive on 11 November, and on further investigation their samples showed new mutations on 22 November, Ms Smith-Lawrence said, adding the government uploaded the data on the international database the next day.

“Unfortunately … finger now points to Botswana to say it originated in Botswana, or it is a Botswana variant, which I think is quite unfair and unnecessary at this time,” she said, adding that 14 out of the 19 people so far detected with the variant were foreigners.

She declined to name the nationalities of the people or from where they had flown.

She said within the next two to three weeks the government would be in a position to give more clarity on whether Omicron is more virulent than its predecessors or not.

The WHO says at least 23 countries, including much of western Europe, have registered Omicron cases.

So has the United States which identified its first case of the new coronavirus variant in California, according to the US Centers for Disease Control and Prevention says.

The US health agency said the person was a traveller who returned from South Africa and was fully vaccinated.

For days, US health officials have said the new variant was likely already in the United States as dozens of other countries also detected its arrival.

Nigeria and Saudi Arabia reported Omicron infections on Wednesday as well, marking the first known cases in west Africa and the Middle East.

Showing an increasingly complicated web of contagion, Japan also reported an Omicron case in a man who had come from Peru via Qatar. 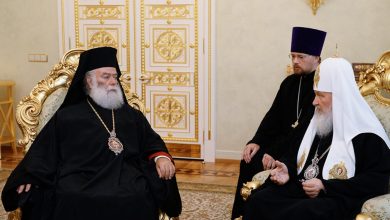 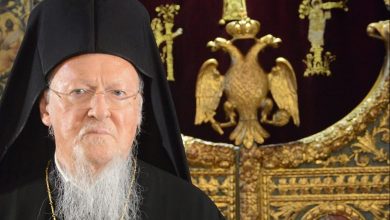