Facebook Twitter Pinterest Reddit Share via Email Print
This afternoon the Archepiscopal Vicar of Canberra and Tasmania, Very Rev Prochoros Anastasiadis represented His Eminence Archbishop Makarios of Australia in the unveiling of a memorial to mark the 80th anniversary of the Battle of Crete in the fountain garden next to Waverley Cenotaph in Waverley Park, Bondi Junction
Present at the event was the organiser of the event Mayor of Waverley, Paula Masselos who is from Greek background, Consul General of Greece in Sydney, Mr Christos Karras, the Consul General of Russia, Honourable Parliamentarians and members of various Greek organisations
The event began with speeches where Archimandrite Prochoros read a message from His Eminence Archbishop Makarios. His Eminence in His message spoke about the ties of friendship between Australia and Greece
Following the speeches, Archimandrite Prochoros conducted a memorial service assisted by Deacon Irinaeus. Reefs were laid and together with Mayor Paula Masselos, Father Prochoros unveiled the commemorative plaque.
Light refreshments followed at the council chambers
Tags
home 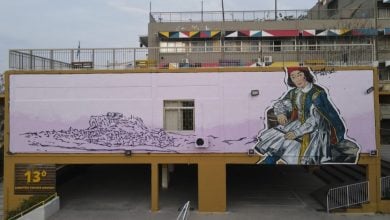