There is constant squabbling over the virtues of various diets, but a new report published in Cardiovascular Research makes one thing clear: The best way to avoid heart disease is to eat whole and plant-based foods. This is important because people are eating themselves to death: According to the 2017 Global Burden of Disease study, poor food choices account for almost 50 per cent of all cardiovascular disease fatalities.

Unfortunately, the typical Western diet is filled with ultra-processed foods, which are cheap, tasty, convenient – and detrimental to heart health. And, anecdotally at least, some of us may be relying on such foods even more during the coronavirus pandemic.

Eating this way opens the door for heart disease. “Excess sodium, sugar, trans fat, and ultra-processed foods can increase inflammation and insulin resistance in the blood vessels, which leads to the promotion of plaque in the arteries,” says Michelle Routhenstein, a preventive cardiology dietitian in New York City. Plaque buildup in the arteries can lead to a heart attack or stroke.

Gabriele Riccardi, a professor of endocrinology and metabolic diseases at Federico II University of Naples and co-author of the new meta-analysis, which included 99 studies, says that cardiovascular disease risk is reduced when the diet is lower in salt, sugar and refined carbs.

In a “plant-based” diet, most of the foods you eat come from plants such as vegetables, fruits and beans, rather than animals (meat, poultry, dairy). Most definitions of “plant-based” say there is flexibility to include some fish, eggs, poultry, dairy and meat in the diet, as long as most of the diet comes from plants. So, becoming vegan (meaning you eat no animal-based foods) is not a requirement.

Andrew Freeman, a cardiologist and the co-founder of the Lifestyle Management Working Group at the American College of Cardiology, recommends that his patients turn to a plant-based diet to reduce cardiovascular disease risk, and said he’s seen astonishing results.

“I’ve seen people whose diabetes, angina or blood pressure goes into remission, I’ve seen autoimmune diseases go away when you cut inflammation,” Freeman says. “The best way to do that is with a plant-based diet, and people get better.”

Laurence Sperling, a practising preventive cardiologist and professor in preventive cardiology at the Emory University School of Medicine in Atlanta, likes plant-based diets because they can be followed long term. He reminds patients that the Greek derivation of diet is diaeta, which means “a way of life.” “There are many fad diets, but they set people up for failure,” Sperling says. “Focus on a plan or pattern that you can do until age 100.”

So, how can you put a plant-based diet into practice? One major step is to eat smaller amounts of processed and red meat. “According to the available evidence, the recommended dietary pattern should limit the consumption of red and processed meat and replace it, in part, with other protein sources, mainly legumes and nuts, but also dairy, fish, poultry and eggs,” Riccardi says.

Her research shows that processed and red meat are associated with increased heart disease risk, but poultry is not. For meat eaters, red meat should be cut to twice a week rather than daily, because there’s a 25 per cent increase in coronary heart disease (CHD) incidence for each additional 100 grams a day of meat. Fish is recommended a few times per week as a replacement. Regarding processed meat (hot dogs, ham, sausage, etc.), just 50 grams a day is associated with up to 44 per cent increase in CHD incidence, so it should not be a dietary staple.

The research also showed no difference in heart health outcomes for people eating either low-fat or full fat dairy (cheese and yoghurt) a few times per week, so choose what you enjoy most. If you don’t like dairy foods, they are not essential for a healthy diet. Just make sure you get enough calcium and vitamin D from nondairy sources, since these nutrients are vital for heart health.

If you already have a diet plan that works for you, you may be able to adapt it to promote heart health. A low-carb plan can fit into heart-healthy parameters as long as it’s rich in vegetables, fish, poultry, nuts and olive oil.

“Carbs are not evil,” says Sperling, who recommends high quality carbs from vegetables, beans and whole grains rather than from sugary soda. “Carbs are the staple of many populations that have healthy diets, but [those populations] also exercise and don’t have an abundance of unhealthy food environments like we do.”

The most popular low-carb diet is the high-fat keto diet, and Freeman says there’s some positive data to suggest that ketone production might be a good thing for the body.

A 2020 review study he conducted with Sperling and other colleagues showed that the keto diet may help lower blood pressure, blood sugar and triglyceride levels, which is good. But it may increase LDL-cholesterol levels, which could raise heart disease risk for some people. Research is ongoing.

“The question is – how do you get there?” asks Freeman about ketosis, the metabolic state your body is in when it burns fat instead of carbs. He doesn’t think consuming sticks of butter or bacon-wrapped scallops is the answer, since these foods are associated with worsened cardiovascular outcomes and are environmentally taxing.

If you want to follow a keto diet, make smart food choices that include seafood, poultry, vegetables, nuts, seeds, yoghurt, avocado and healthy oils, instead of lots of red meat and butter.

“I’ve seen LDL-cholesterol levels off the charts due to keto diets,” adds Sperling, who says the keto diet should only be attempted in full discussion with your clinical team. “It’s not humanly possible to remain in ketosis in a healthy way until you are 100 years old,” Sperling says. “It’s more of a quick weight loss tool than a long-term diet.”

As for intermittent fasting, Freeman sees it as a complementary approach to plant-based eating. (Intermittent fasting guides when you eat; the most popular plan involves eight hours when you can consume caloric food and drink, and 16 hours of fasting daily.) He recommends you “eat nutrient-dense but lower calorie foods, which are largely plants, throughout the day during non-fasting hours.”

Current studies suggest that intermittent fasting itself could reduce the risk for cardiovascular disease with improvement in weight control, hypertension, high cholesterol and diabetes, so it’s worth discussing with your doctor or dietitian. 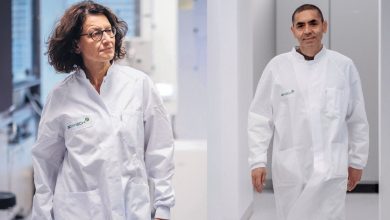 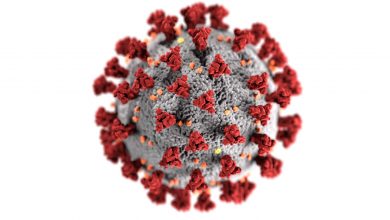 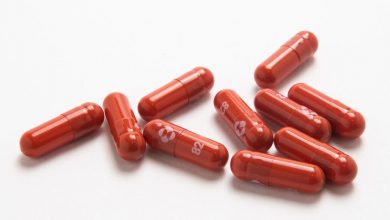 COVID-19 pill hailed after cutting hospitalisations by half 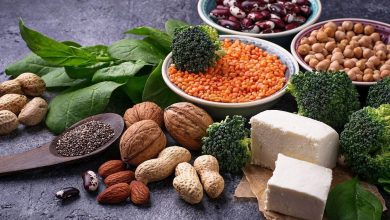