The deligation of the Evzones of the Greek Presidential Guard was welcomed on the morning of Good Friday, at the Holy Archdiocese of Australia – Archdiocesan District of Melbourne, by His Eminence Archbishop Makarios of Australia, surrounded by His Eminence Metropolitan Ezekiel of Dervis and their Graces, Bishop Kyriakos of Sozopolis and Bishop Evmenios of Kerasounta.

The head of the deligation, Captain  Stavros Kouloumbas, expressed the joy and honour of the members of the Presidential Guard for the visit, while conveying the wishes and greetings of the President of the Hellenic Republic, Mrs Katerina Sakellaropoulou, as well as Major Vassilios Sakelaropoulos, who due to illness remained at the hotel.

His Eminence Archbishop Makarios, after welcoming the Evzones to Melbourne, wished them a pleasant stay in Australia and then referred to the historical character of their visit to the fifth continent during Great and Holy Week and Orthodox Pascha (Easter), and during ANZAC Day celebrations.

His Eminence also offered them collector coins which were issued on the occasion of the celebrations in Australia of the 200th Anniversary of the beginning of the Greek Revolution, of 1821, as well as stamps from the Anniversary Series issued by the Australian Post, in collaboration with the Holy Archdiocese of Australia.

Sergeant Kouloumbas, together with the Cretan Evzon Mr. Michael Koukiadakis, handed to the Archbishop an original tsarouchi, in memory of the visit.

The Evzones deligation was accompanied by the Chairman of the National Anniversary Committee of Victoria, Mr Antonios Tsourdalakis. 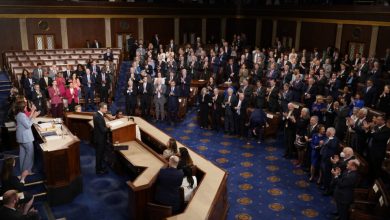 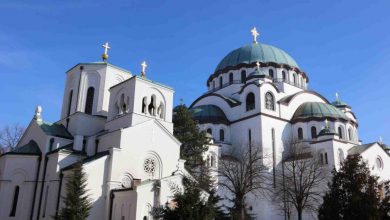 Patriarch of Serbia to concelebrate with Archbishop Stephen of Ohrid