Herodotus historically established the term “Ocean” as a large sea area; almost 70% of our planet is covered by the oceans, most of which are still unexplored. But how is it possible to monitor such a vast area to protect humanity from the risk of nuclear testing and furthermore help reduce the hazard from natural phenomena?
This is the purpose of the Comprehensive Nuclear-Test-Ban Treaty Organisation (CTBTO). It was founded in Vienna as the guardian of the Comprehensive Nuclear-Test-Ban Treaty (CTBT), which opened for signature in 1996 and currently has 185 member-states, including Greece.
The CTBTO has established the International Monitoring System (IMS) which includes 337 stations and laboratories installed all over the world. These stations are designed to send in real-time data from every part of the globe to its headquarters in Vienna for analysis and processing.
A Greek scientist, Dr. Georgios Haralabus, originally from Drama, is currently responsible for management and sustainment of hydroacoustics in the International Monitoring System (IMS), which monitors and offers an “acoustic shield” to the oceans against nuclear tests, while providing diverse and interesting information on underwater natural phenomena.

An honorary award for Sciences and Ethos

Recently, Dr. Haralabus returned to his hometown to receive an honorary award from CYCLOPS Amke, an urban non-profit organisation founded by the businessman Aris Theodoridis, during a brilliant event in the garden of the Anastasiades mansion (The Marble House) that dominates the park of the springs of Agia Varvara.
The Greek scientist fascinated the attendees during the event by talking about the mission and benefits that CTBTO offers to the world under the leadership of the executive director, Dr. Robert Floyd. He presented photos and videos of the installation of the hydroacoustic stations on Robinson Crusoe island in the Pacific Ocean, about 600 km from Chile, and in the French-administered Crozet Islands in the southern Indian Ocean, sending the optimistic message that now the Earth is safer than in the past, thanks to scientific achievements and modern methods of surveillance.
As explained by Dr. Haralabus, between 1945 and 1996, a total of 2054 nuclear tests were carried out. Since 1996, three countries have broken the moratorium and carried out less than a dozen nuclear tests: India (1998), Pakistan (1998), and North Korea (2006, 2009, 2013, 2016, and 2017), which the CTBTO has successfully detected and recorded. None of these three countries has signed the relevant Treaty. When explosions compatible with nuclear tests are detected, the CTBTO carries out a detailed analysis of all the data recorded and immediately informs the international community. The stations of the IMS: A safety net against nuclear tests and a treasure trove of scientific data

In a very interesting discussion with him from Vienna regarding the mission and the multiple benefits offered to the world by the IMS, Dr. Haralabus, speaking to Athens-Macedonian News Agency (ANA), explained that the system uses four technologies: 1)processing of seismic signals, 2)analysis of infrasound signals in the atmosphere, 3)detection of radio active particles and noble gases, and 4) the detection and localisation of underwater acoustic signals (hydroacoustics). All the stations are “passive”, “silent”, i.e. they do not transmit anything, they only have sensors-receivers which, depending on the type of station, detects and records the corresponding signals or measurements. To date, about 90% of the network has been installed, constituting a global safety net against nuclear tests.
Of course, the stations of the IMS do not only detect nuclear explosions; they detect and record many signals from the atmosphere, the surface of the earth and from the depths of the oceans. For example, they are able to record earthquakes, active volcanoes, the dissolution of meteorites in the atmosphere, calls by marine mammals, eruptions of underwater volcanoes, iceberg noise and much more.
“Data from such phenomena,” as Dr. Haralabus noted, “are a treasure for the scientific community, to which they are offered for free through a platform called the virtual Data Exploitation Centre – vDEC. In addition, the Organisation provides near real-time seismological and hydroacoustic data to 18 tsunami warning centres in 17countries.”
It is worth noting that hydroacoustic signals were also used to provide humanitarian assistance in the search for the Argentine submarine ARA San Juan in November 2017 – a dramatic story that unfortunately did not have a happy ending. “Two IMS water stations at distances of approximately 6000 km and 7700 km from the incident recorded an acoustic anomaly near the last known location of the submarine. Analysis of these data and all related information were passed on to the Argentine authorities to contribute to the search for the location,” noted Dr. Georgios Haralabus.

The sound channel in the oceans

The hydroacoustic stations that have been installed have sensors-receivers called hydrophones (i.e. underwater microphones) that have the ability to record acoustic signals at vast distances in the oceans. The vast area of the oceans is not monitored by “seeing” but rather by “listening”.
Dr. Haralabus explained that this happens thanks to a special feature of the seas and the oceans called the deep sound channel. “This channel,” he said, “is an invisible horizontal underwater layer in which sound is transmitted at the lowest speed. When underwater acoustic waves from a source enter this sound channel, they can be transmitted over enormous distances because within this channel they have the minimum sound energy damping. At a lesser depth, the speed of the acoustic signal increases mainly due to an increase in temperature, while in deeper ocean layers the speed increases due to hydrostatic pressure. This means that the depth at which the axis of the sound channel is located is not constant. In warmer climates it is found at depths around 1000 metres while as we move towards the poles it shifts towards the surface of the oceans.” A business journey to remote places

The scientific team he leads is conducting tough and difficult work to ensure that the IMS operates in the best possible way. He and his colleagues travel to the edge of the world for the needs of their work. “As a child,” he noted, “I could never have imagined that I would one day go on a professional mission to Robinson Crusoe Island, with which the only relationship we had in our home in Drama was Daniel Dafoe’s novel by the same name that was the favourite novel of Grandma Euterpe.”
“The missions we organise,” he continued, “need a lot of preparation because they are usually conducted in remote places. With time, however, valuable experience is gained, the world becomes smaller and smaller, and finding solutions to difficult problems more feasible. All my colleagues, however, are proud of our organisation’s mission to remove the danger of the nuclear threat and deliver to future generations a safer future.”

A long journey of knowledge and experiences

From Drama, where he grew up, he went for university studies to Thessaloniki. He was admitted with a scholarship from the State Scholarships Foundation to the Department of Mathematics, School of Sciences of the Aristotle University of Thessaloniki, where he graduated with Honours in 1987. He then traveled to the USA where he began with a scholarship his doctoral studies at Duke University in North Carolina, in the field of underwater acoustics (PhD,1993). Then in La Spezia, Italy, where he worked at the SACLANTCEN(CMRE)-NATO Underwater Research Centre as a research project manager. He moved to Vienna in 2009 as a hydroacoustic project manager in the IMS Division.
In this long journey of professional recognition nothing was taken for granted, and as he aptly said speaking to the ANA, “the journey was wonderful but not easy at all. It is a constant change of environment and situations that simultaneously wear you out and revitalise you. Through these constant alternations you try to keep your balance so that you can continue in the next stage with a positive sign. In my journey, however, the sign was not always positive.”
“It all started with my love for mathematics and my curiosity about its interesting applications. The rest, combined with the special relationship of the Greeks with the sea, took place in a magical way on its own, provided, of course, that at any moment I had the energy to pay the “price” of the next part of the trip,” Dr. Haralabus added fittingly.

The secrets of a successful career

A low-key man who loves his job, the Greek scientist underlines that perseverance, hard work and courage were the three main ingredients that led him to a successful professional career at a time when young people living in small towns had few opportunities.
“Comparing the 80s in the Greek provinces with today’s era,” he noted, “I see significant disadvantages and advantages. The obvious disadvantages have to do with technological infrastructure in education and the distance, literally and figuratively, from global centres of education and technology. Note that I do not mean only for Greek students to enrich their knowledge, but also to contribute their own knowledge and ethos to the global scene. The relationship here is a two-way street, you just need to be present.”
“The great advantages of the times when I was a student,” he continued, “include a more sincere lifestyle that kept thoughts focused on a few, important things. The image had not yet displaced expression, and therefore more emphasis was placed on the Greek language. Overall, there was a pervasive idea that the virtues and values that characterise each of us permeate a wider environment, and vice versa.”
Concluding the conversation, we asked him about his feelings after returning to the town where he grew up to receive the award of the Urban Non-Profit Organisation CYCLOPS Amke, not only in front of his family but also of dozens of acquaintances and friends.
“I love my homeland and my town very much,” he replied emphatically and continued: “I always return with joy to my loved ones and the place I grew up. The honour of the award by the CYCLOPS filled me with emotions and joy, feelings that multiplied in front of my family, my friends, my teachers, and my fellow citizens. But what made me particularly happy is that events such as these offer young people the opportunity to realise what someone can achieve by having vision and following the simple recipes of learning, work, perseverance and patience. Recipes which, even in an atmosphere of ephemeral opinions and disorienting ideas, remain a compass because they are still part of timeless Greek values and ethos.”

Freedoms fast-tracked for fully vaccinated in NSW, but unvaccinated people will have to wait 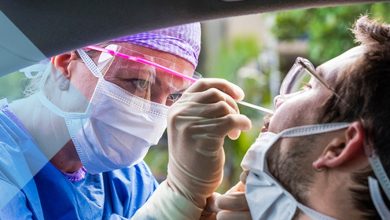 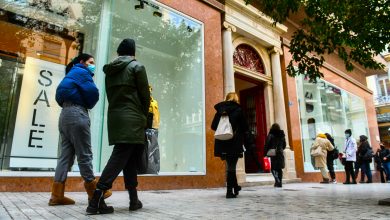 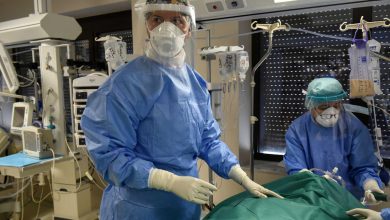