A 67-year-old Greek man facing eviction has murdered his landlady and another man before commiting suicide, police on the Greek island of Corfu say.

The murder-suicide took place shortly before noon Sunday, on the resort town of Dassia, on the island’s northeast.

The victims were a Greek landlady and a Greek-French man, both in their 60s; the man divided his time equally between Greece and France and also rented an apartment from , police said.

Initial reports that the two victims were a couple, and which reversed their nationalities, were based on neighbors’ testimony, a police spokesman who spoke on anonymity because he was not authorized to talk about a case still under investigation, said.

Police now say the 67-year-old perpetrator was having a heated argument with the landlady outside the house, when the other man, who also had problems with the perpetrator, came to her defense. The perpetrator retrieved a hunting rifle from his apartment and killed the two before going back to the apartment and turning the rifle on himself.

It was not immediately clear whether the eviction threat was over non-payment or the perpetrator’s behavior. 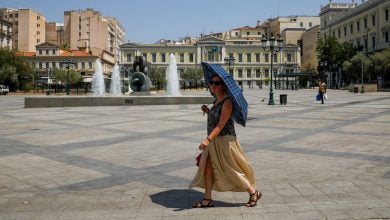 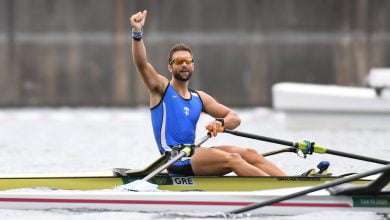