The international motion picture industry is rediscovering Greece. Large foreign production companies are increasingly choosing to shoot movies, TV series, adverts and documentaries in this country, drawn by its natural beauty, the climate and the light, as well as its rich cultural heritage and monuments – to say nothing of the reformed framework of incentives for such activities.

Productions worth more than 200 million euros in total have been or are scheduled to be filmed this year in Greece, even though the first five months of 2021 were lost due to the pandemic.

Experts stress this shift is not a coincidence, but the start of a trend toward a new economic activity for Greece with multiple effects not only for the image of the country abroad to the benefit of tourism, but also for employment and for hundreds of companies, small and large, involved one way or another with this activity.

The considerable improvement of Greece’s international image in recent years combined with its return to political and economic stability and its business-friendly government have led to the flourishing of production here. Major productions for giants such as Netflix and Disney+ are already scheduled, while fashion leaders such as Dior, which last week announced it will be staging a major event in Greece, confirm that it is not a temporary shift.

The change in the legal framework combined with the serious production companies drawn to the country have paved the way for an activity that until recently was almost nonexistent in Greece.

Greece is this summer hosting the filming of two major production with a global reach: “Greek Freak” by Disney+ on the life of basketball superstar Giannis Antetokounmpo, and “Knives Out 2” by Netflix, featuring Daniel Craig, while sources say there have been talks and even agreements for more major international productions.

One of the incentives Greece offers producers is the cash rebate; after the law revision last summer, the country has slashed red tape and increased its funding to and revenues from foreign productions’ earnings, having already netted 166 applications for the production of feature movies, TV series, documentaries, online games and others. 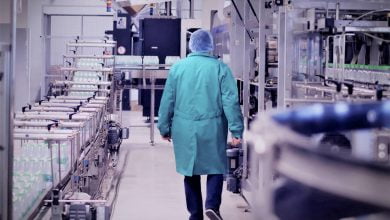