A fairly-good measure of the importance which certain civilisations ascribe to persons and events from their past can be discerned in those persons and events that have seeped into their folklore and superstition. As late as 1972, the famed Greek singer Haris Alexiou received her break – together with Georgios Dalaras – on the LP Mikra Asia, which included a song entitled Ο Μαρμαρωμένος Βασιλιάς, ‘The Marble King,’ which described the “Red Apple Tree,” η κόκκινη μηλιά, which in Greek legend is either the border between the Orthodox Christian Roman Empire – also called Byzantium – and Turkish lands, or as held within the hand of a statue of the emperor Justinian within the city of Constantinople – the centre of that former, glorious empire – as a globe that looked from a distance like a piece of fruit. The singer sends two birds to the “Red Apple Tree” to inquire about the Marble Emperor, the last king of Byzantium, Constantine XI Dragaš Palaiologos, who, when defending the city against the conquering Ottomans and their ruler Mehmet II on May 29, 1453, was said to have been plucked from the spot by an angel who buried him at the base of the Golden Gate, the main entrance into the city. While the city was conquered, along with the rest of Greece – and gradually many other countries in the Balkans – falling under Ottoman Turkish rule, nevertheless there beneath the Golden Gate would the emperor remain until such a time as Constantinople was to be reclaimed by the Greeks, the descendants of the Orthodox Romioi or Romans… but the song continues that the birds never returned, and of the Marble King there had been no word; he remains only in the fairytales that yiayia sings to her grandchildren…

Constantinople, the ‘Queen of Cities’ centred on the shores of the Bosphoros between Greece and Asia minor, and capital of what is often called the ‘Byzantine’ empire, was founded by St Constantine the Great in the fourth century AD. Its inhabitants, coming from a range of cultures, all identified themselves as Romans, with Greek as the lingua franca. Its history and culture was one within which the Orthodox Church, its theology, art, and architecture flourished; it was a civilisation that preserved the memory and literature of ancient Greece and Rome; it produced heroes and saints in one of the largest chapters of the history of Greek speaking people that is often ignored, generally because of the influence of the Western Enlightenment which emphasised ancient and classical Greece’s history and legacy over the Byzantine period; which the same Westerners viewed through the prism of their antagonism towards their own Catholic Middle Ages. While many of the Greek revolutionaries who fought against the Turks in 1453 did so for ‘Faith and Nation,’ in other words, for the freedom to practice their Orthodox Christianity first, and also for the freedom to govern themselves, in their wake a flurry of politicians and intellectuals were only too eager to embrace the West’s vision of Greece, instead of looking back to Byzantium as the organic continuation of ancient and classical Greek culture which retained the best elements of that past within a rich and existentially meaningful Orthodox Christian framework. Thank God then, for the role of the Church and its leaders during the Ottoman occupation; and also for yiayia’s fairytales of the ‘Marble King.’ It is a truism that civilisations that last for a long time are bound to suffer from political and military fatigue. Yet for Byzantium, this fatigue took a long time to set in: a thousand years to be precise. Despite encompassing much of Western and Eastern Europe, Asia Minor, Palestine and North Africa in the sixth century, the Byzantine empire underwent various ebbs and flows. For a long while it covered most of Greece, the southern Balkans, Asia Minor, and Southern Italy, while the capital Constantinople exerted its hegemony over some Slavic states such as Bulgaria and Serbia in the East and the Merovingian and Carolingian kingdoms in the West. Unfortunately, after the ill-fated fourth crusade in AD 1204 that witnessed the sack of Constantinople at the hands of the Roman Catholic Venetians and the Franks, the once richest city in Christendom and its empire was dealt a crippling blow. Thereafter a Latin Kingdom was set up in Constantinople and Western Christian practices were forcefully – and often violently – imposed upon Orthodox Christians. Indeed, if the Great Schism between the Roman Catholic Church and Orthodox Christianity had heretofore only affected the higher echelons of ecclesiastical administration, from this point onwards it became deeply embedded in the hearts and minds of all Orthodox everywhere.

Remarkably, despite being exiled from Constantinople, expatriate Byzantine rulers set up states in Epirus, Trebizond, and Nicaea which continued to thrive, until Michael Palaiologos from the latter retook the city in 1261 for a final flourishing of civilisation that was repeatedly threatened and beleaguered by the Seljuk and Ottoman onslaught in the East. This final flourishing of civilisation and culture took various forms, not least in architecture and iconography, and began in the exiled Byzantine states just mentioned, with Emperor Theodore Laskaris of Nicaea – before the recapture of Constantinople – writing Six Books on the Unity of Nature and another entitled The Explanation of the Universe. Within Constantinople itself such achievements in the natural sciences were coupled with new histories written by George Akropolites (d.1282) and Pachymeres the Deacon (d. 1310). In the realm of mathematics, the monk Maximos Planoudes was renowned, and he combined this interest with a formidable knowledge of Latin, which was surprising given the animosity between the Latin West and Orthodox East at the time. Planoudes translated Ovid, Cicero, and Boethius into Greek, and a little later the Grand Logothete Theodoros Metochites was distinguished by his penchant for astronomy and mathematics. Metochites was in fact the teacher of St Gregory Palamas, who added to this revival of culture in the final phase of the Byzantine empire by contributing something more permanent, something that the Church could take with it in its historical trajectory even after Constantinople’s fall in 1453, namely, refinements in the articulation of the spiritual discipline called hesychasm, which is accompanied by the repetition of the Jesus Prayer – “Lord Jesus Christ, Son of God, have mercy on me, a sinner.” St Gregory was notable for defending the hesychasts against the criticisms of the Italian monk Barlaam; and the nature of their dispute put further wedges against any possible rapprochement between East and West, Orthodoxy and Catholicism.

Despite the theological differences between East and West and the bitterness caused by the fourth crusade among Orthodox Christians, Constantinople increasingly lost both territory and privileges to the Turks, compelling – as early as in 1274 – the emperor Michael VIII Palaiologos to lead a delegation of Greek clergy to Lyons in France to meet with Pope Gregory X to unite the Orthodox and Catholic Churches. Michael VIII Palaiologos wanted Western support against the growing Ottoman threat, but the union was opposed by the inhabitants of Constantinople and the emperor’s son, Andronicus II (d. 1328), upon succeeding Michael, repudiated it, thereby preserving Orthodoxy. The political situation continued to take a turn for the worse. In 1326 the Ottomans took the city of Prusa, renaming it Bursa; civil war erupted in Constantinople and John Cantacuzenus enlisted the support of Ottomans against emperor John V Palaiologos (d. 1391). The Ottomans thus entered Europe for the first time, subsequently occupying Galipoli and Adrianople in Thrace and renaming it Eiderne. Sultan Murad I, father of Mehmet II who was to finally conquer Constantinople, made Eiderne his capital city. In light of this, the emperor who prevailed in the Byzantine civil war, John V Palaiologos, traveled to the West for help; with none forthcoming, he became a vassal of the Ottomans and was forced to pay them tribute. This miserable situation was compounded when in 1421 Murad laid siege to the walls of Constantinople; but had to pull back because the Byzantines sent out his younger brother Mustafa to lead a rebellion in Asia Minor.

In light of these tragic circumstances, the Byzantines – in spite of the abiding memory of the fourth crusade and the massive divergences in theology and practice between Catholics and Orthodox – again looked westward for help. In the years 1438-39 the council of Ferarra-Florence was held in Italy, with a Byzantine delegation led by emperor John Palaiologos desiring union with the Roman Catholics for help against the Turks. The emperor in fact led a curious delegation which included the Byzantine humanist and neo-pagan George ‘Gemistos’ Plethon – who resurrected the term ‘Hellene’ as a positive identity-marker but also was a believer in the ancient Greek pantheon – and also St Mark Evgenikos of Ephesus, a devoted Palamite, and his disciple, Gennadios Scholarios, later to become the first Ecumenical Patriarch after the fall of the City. Gennadios was like other Byzantines well versed in Latin literature, and had debated keenly with Plethon regarding which of the two great ancient Greek philosophers, Plato or Aristotle, was more compatible with Christianity: Gennadios, with his love of Thomas Aquinas and Scholasticism, advocating the latter, and Plethon the former. In fact, the writings of both philosophers, Plato and Aristotle, had for centuries been preserved in Byzantium and had been used by various Fathers of the Church in a positive, Christian way. In any case, during the council Plethon spent most of his time giving lectures on Plato for the Medici, prompting Cosimo de’ Medici to open up the first Platonic Academy in Florence and fanning the flames of the Western Renaissance. Getting back to Gennadios, at this stage of his life he was a proponent of the union between Catholicism and Orthodoxy, but he nevertheless became disenfranchised with the one-way insistence of the Catholics that the Orthodox accept all of their doctrines – including the filioque, purgatory, and papal primacy – as conditions for a union between the two, as opposed to any honest dialogue or debate. All signed the document of union except St Mark of Ephesus, within whom Orthodoxy again was preserved in this period.

Dr Mario Baghos is Lecturer in Patristics and Church History at St Andrew’s Greek Orthodox Theological College, and Chief Publishing Officer of St Andrew’s Orthodox Press. His most recent book is entitled From the Ancient Near East to Christian Byzantium: Kings, Symbols, and Cities (Cambridge Scholars Publishing, 2021). He contributes weekly articles to a series on the English VEMA website on the history and symbolism of existing Byzantine monuments and churches in Constantinople, entitled ‘Remnants of New Rome.’

'The Last Days: Exploring the Church’s Views on the Apocalypse- The Book of Revelation' 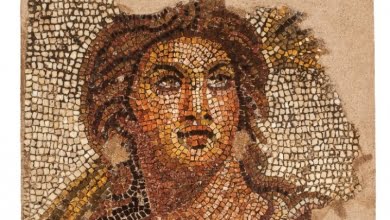 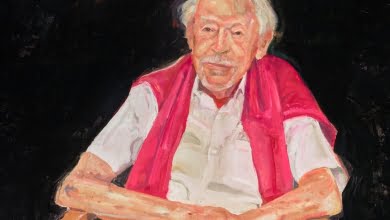 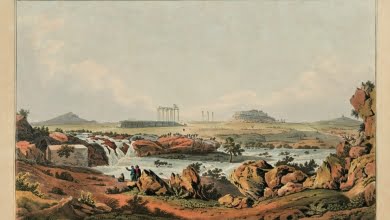